I’m a wife, mother, and grandmother.  I worked as a medical technologist from 1973-84 and as an aerobic instructor from 1980 on. I became a certified personal trainer in 1990 and obtained my fitness practitioner certification in 2000. In 2003 I designed the IsoBreathing program. It was specifically for those who were morbidly overweight, those who didn’t work out on a regular basis, and for cancer patients.  I then wrote and produced several DVDs, CDs, and books, had many speaking engagements on the radio and had a cable tv show.  I retired from those activities in 2013, but was looking to do something else to help others and “give back.”

I was taught to knit by my mother in law 1979 and have been knitting since then and donating many items to the homeless. A high school acquaintance reached out on social media stating she was bringing her daughter Bekkie to Dallas for cancer treatment. After meeting Bekkie and seeing her excitement over the hats I made for her and for those children on her floor, I decided to make and donate hats for cancer patients. By myself, I could only make so many hats,  my goal was to teach others and have patients while being infused to make a hat and ” pass the hat” to the person sitting next to them. This is just the beginning.

Since 2011 we have grown and have been averaging 1100 hats being made a month by 200 volunteers. Hats are being delivered to over 50 locations, mostly in Texas. We are now in Colorado in 23 different hospitals and infusion centers, along with three hospitals in Arizona. 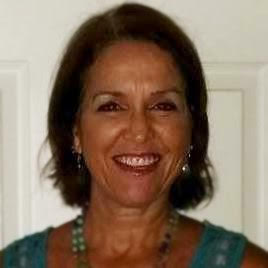 I met Ellen one day while she was sitting by a lake in a lounge chair knitting a hat. I knew I wanted to help when I learned these hats were made for cancer patients. A cancer survivor myself, I understand how important it is to know someone cares and how feeling beautiful doesn’t always come easy. I would’ve loved wearing one of Ellen’s warm hats when I lost all my hair during chemotherapy. A hat made with love is a beautiful thing. If I can make a difference through one hat, one person, at a time, I know this cause is worth it. After I joined the Baylor Dallas Passing Hats group, I began teaching others how to loom hats with love. I am dedicated to spreading hope and love through these hats to as many people I can. Cancer is a battle that affects everyone. I am here to give a bit of love to those who are fighting this battle. One small gesture can go a long way.